Generate a map of the UK showing the general election voting distribution of 2005, 2010 and 2015. Existing election result maps did not really show the subtlety in voting, this is due to the first-past-the-post voting system (winner-takes-all). 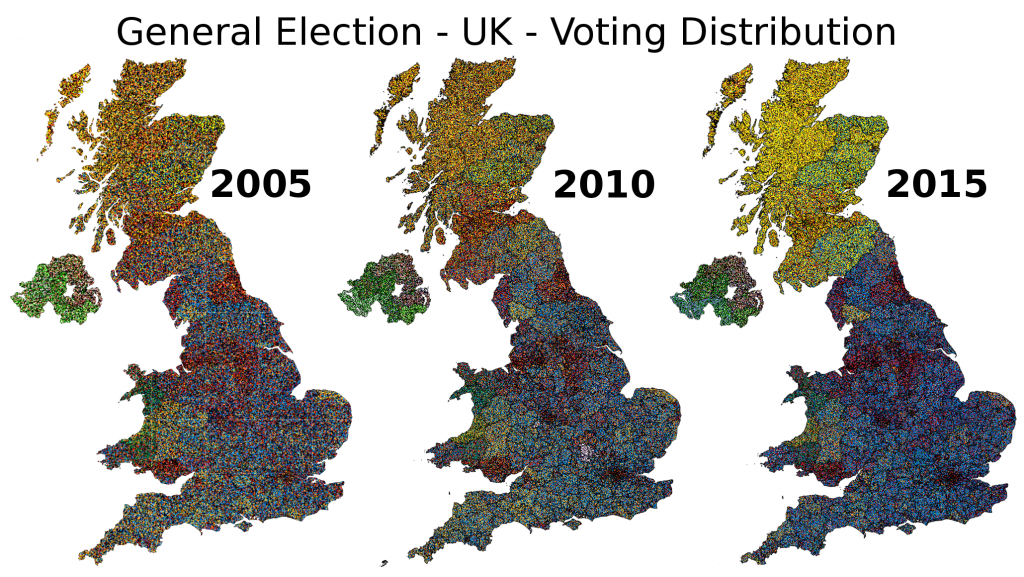 I spent a good while trying to ‘debug’ missing data for one constituency in Northern Ireland, which turned out to be a lake (Lough Neagh)

The program does the following (see below for the source);

I used these Creative Commons images from Wikipedia as a base. The image format is SVG, which is an XML formatted vector graphics image. This allows for programatic access to the image description data.

As the SVG image format is XML, we can use the standard XML tools in Java, in this case DOM + XPath.

Add Apache POI – the Java API for Microsoft Documents – to the Maven pom.xml:

Pixels represent the party colour and appear in frequency proportional to the votes. 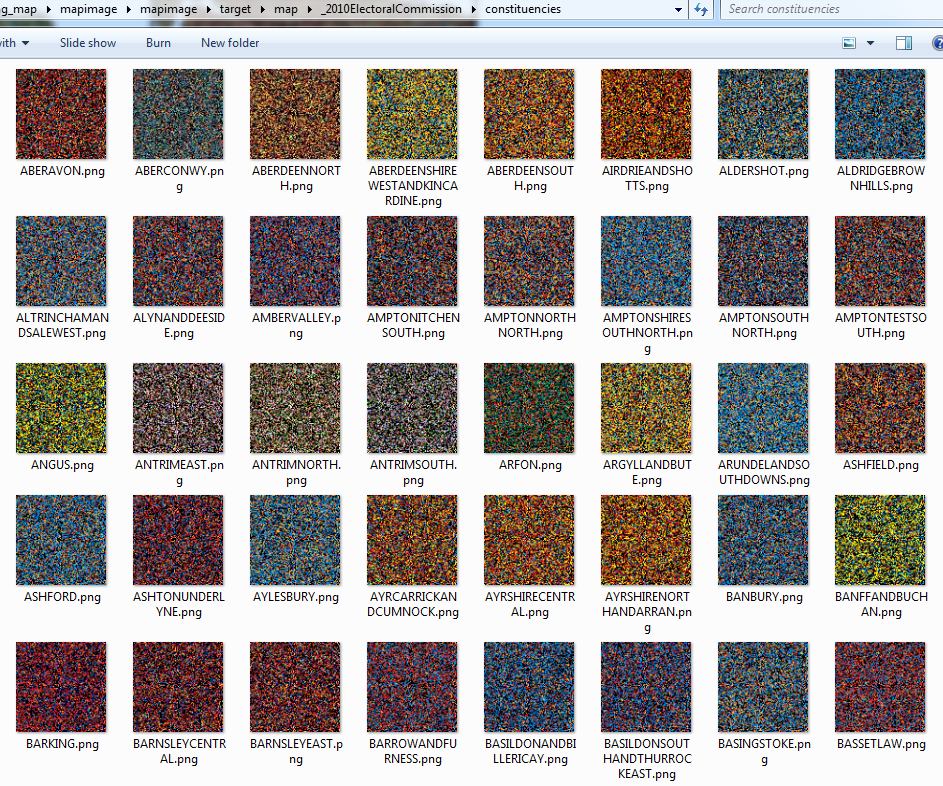 I wanted to use some JSON as property files and looked for a Java JSON library.  Gson turned out to be a joy to work with!

Load String to String Map from a JSON file:

I also used it to parse the data from the Guardian website. You create a plain Java object (POJO) with a default constructor, that represents the data. In this case I had to specify a date format, as the source JSON used a format different from the default.

If a JSON field name starts with a number (invalid for Java fields), you can add an annotation to link the fields, like: